Celebrating a decade of fun at Chek Jawa!


For our final walk of 2017, thirty participants joined us as we celebrated our 10th anniversary of guiding at Chek Jawa! Over the decade, Naked Hermit Crabs has grown with many old and new guides joining the family and learning from one another.

To further commemorate our tenth birthday, we took similar shots of old photos from 2007 during the walk to find out how much Chek Jawa has changed over the years. Here are some of the 'before and after' photos!


We were also graced by the presence of a Gerard's water snake (Gerarda prevostiana), which was spotted by one of our participants. This was the first time this species has been recorded on the island! This is the only recorded snake species that loops its body around its prey and tears the prey into smaller pieces rather than swallowing its food whole [1].

We spotted loads of tree climbing crabs as we walked along the boardwalk as well. One of them was even seen eating a very special meal: a snake moult!


The Nipah Palm has always been a crowd favourite, with one of the visitors excitedly exclaiming "It's atapchee!" when they saw the plant! They were also fascinated by a young Nipah Palm that had just started out its life.

It was one of the highest tides we have ever seen and there were many mudskippers taking refuge on the roots of the mangrove trees!

On the coastal boardwalk, we were greeted by a Collared Kingfisher and Common Sandpiper that were resting by the rocks. One group had even seen a White-bellied Sea Eagle swoop out of the trees above them on its way out to hunt some fish!

As it was our 10th anniversary, many visitors had written well-wishes for us!


Finally, we would like to thank Ley Kun, Ria, Sumita, Ivan, Liz, Chen Xi, Dayna and Xiang Tian for helping us to guide the participants on this very special walk! Also, big thanks to Ley Kun, Ria, Sumita, Dayna and Liz for your amazing photos of this walk. Lastly, we'd like to thank all the visitors for joining us on this very special day and we hope you've enjoyed yourselves!

Posted by Naked Hermit Crabs at 9:47 AM No comments: 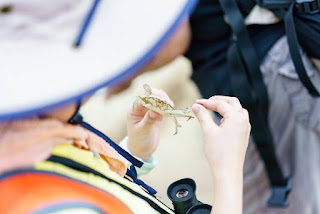